Born near Detroit, J. A. Crawford wanted to grow up to be a superhero, before he found out it was more of a hobby. He’s the first in his family to escape the factory line for college. Too chicken to major in writing, he studied Criminal Justice at Wayne State University instead, specializing in criminal procedure and interrogation.

Despite what his family thinks, J. A. is not a spy. When he isn’t writing, he travels the country investigating disaster sites. Before that, he taught Criminal Justice, Montessori Kindergarten, and several martial arts. J. A. is an alum of the Pitch Wars program. In his spare time, he avoids carbohydrates and as many punches as possible. He loves the stories behind the stories and finds everything under the sun entirely too interesting.

J. A. splits his time between Michigan and California. He is married to his first and biggest fan, who is not allowed to bring home any more pets. 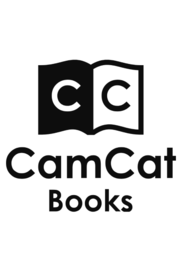 Jove Brand Is Near Death