As part of its mission to discover, review, and share the best books from university and independent publishers, Foreword Magazine, Inc. hosts an annual awards program each year. Finalists represent the best books published in 2021. After more than 2,500 individual titles spread across 55 genres were submitted for consideration, the Finalists were determined by Foreword’s editorial team. Winners will be decided by an expert team of booksellers and librarians—representing Foreword’s trade readership—from across the country.

The complete list of Finalists can be found at:

“Being able to revisit the best of a year’s books—titles that are either familiar to us, or that we have the joy of seeing for the first time during judging—is always a pleasure,” says Editor-in-Chief Michelle Anne Schingler. “This year’s entrants represented a thrilling influx of books that we thoroughly enjoyed spending time with. We’re proud of every book that’s moving on to our finalist round.”

“Our goal for Foreword’s INDIES Book of the Year Awards is to be one of the premier programs for independent presses to be recognized for their work,” said Victoria Sutherland, publisher. “After 24 years, I continue to be so very proud of the integrity of our judging process and so grateful to our volunteer librarians and booksellers who will make the winner’s determination based on their knowledge of what their current reader patron pleasures are.”

“Readers will have fun spotting the real-life inspirations for the characters, and the authentically described fight scenes will please martial arts enthusiasts.” —Publishers Weekly

Books that are removed from reality and contain fantastic elements. Often based in nonexistent worlds or alternative versions of historical or modern places and also may include interaction between human and nonhuman characters such as elves, trolls, or aliens.

“. . . an unforgettable fantasy novel about love, freedom, and the discovery of self-worth.” —Foreword Reviews, Starred Review

“The heat and romance of the desert, the push and the pull of Emel’s desperation, and the magic and humanity of a caustic jinni make Daughter of the Salt King an irresistible ride. It hits every note.” —Amy Harmon, New York Times bestselling author

Books that follow the development of a romantic relationship including any and all genders and relationships. Romance novels have elements of fantasy, love, naïveté, extravagance, adventure.

“With a satisfying bite, this steampunk venture includes an insightful twist on the British Empire, making frequent nods to Queen Victoria's bloodthirstiness and the era's inequitable treatment of women. Best of all, Constance stays center stage: a feisty, lovable heroine who is capable of rescuing herself, thank you very much.” —Foreword Reviews

“I loved The Brass Queen: hilarious, with a very tongue-in-cheek dry wit and delightful imagery. One of those books that you don't want to put down because they're just so much fun.” —Genevieve Cogman, author of the Invisible Library series

“[Emel is] a headstrong heroine whose struggle to come into her own will resonate with readers.” —Publishers Weekly 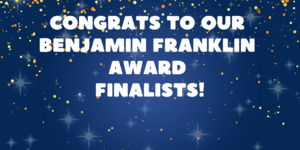