Most traditional publishers won’t even look at a previously published title. Here are some reasons why.

As a publisher, I usually start my day by checking out the questions and comments that are submitted to us via our contact form and social media accounts. I like to know what people are thinking and what questions they’re asking. Almost every day, we field questions like, “Will you accept my previously published work?” or, “I have a self-published novel, would you like to see it?” And every day, I’m responding to these authors with a sincere, “Unfortunately, we can’t accept submissions of previously published titles.”

I know that this is an extremely frustrating answer for authors, mostly because many authors aren’t sure why a traditional publisher like us won’t accept their book. So I’d like to explain some of the reasons for this decision.

But first, a definition. If you’ve made your book available, in any format, in any place, for outside readers to consume, your book has been previously published. This includes any of the e-tailers like Amazon or Barnes & Noble or Kobo. This includes posting chapters on fanfiction sites like Wattpad. And this includes free giveaways on your website.

But this doesn’t include critique-type sites like critters.org where you’re seeking and giving critiques on draft manuscripts. In fact, we encourage authors to have other eyes look at their stories before submitting them.

Recently, an author submitted a book to us, claiming it was unpublished. Since they listed other published titles in their bio, we checked out their Amazon author page. And there it was, the book they’d submitted to us, the one they’d claimed was unpublished. It had a different title, but the blurb they’d given to us and the one on Amazon was the same. The book had been available for sale on Amazon for two years and garnered seventeen reviews! Needless to say, we rejected the submission.

Another author suggested that the book they’d had for sale on Kindle for only six hours should be considered unpublished. While this makes a little more sense, bottom line, it doesn’t matter if the title was up on Kindle for six hours or six days or six minutes. Once the author makes the book available for sale on the Amazon platform, it is published.

It’s easy to research and find previously published titles, so trying to sneak them past us and into our submissions queue just won’t work. I always wonder what makes authors think that we won’t notice, and, once we do, what made them think we’d want to do business with them?

But why is a previously published title such a bitter pill for agents and publishers to swallow?

The Special Case of the Series Title

We’ve had several occasions where an author submitted an unpublished title that was part of a series with previously published titles. One particular case was heartbreaking for me. The author had everything we look for — a great voice, great stories, great characters, and an established author platform with a readership we could market to — but we still had to say no.

Here’s why: The first two books in the series were published by another publisher, and despite our best efforts, we couldn’t obtain the rights. Without the rights to those first two titles, we couldn’t leverage the read-through we’d need to make the third book successful. We’d have no control over the marketing of the first two titles and the way they’d direct readers to the title we’d be publishing, while any of our advertising and marketing efforts on the third title would invariably point readers to the first two, to the benefit of the other publisher. So from a business perspective, we just had to say no. That was probably the toughest rejection I’ve had to make to date.

So you see, decisions about previously published titles have very little to do with the editorial quality of a book, and everything to do with how effectively a publisher can market and promote the title. Publishing is a business, and publishers make acquisition decisions based on estimates of revenues and profits. Previously published works are too much of a fiscal risk for most publishers to take. And, that’s why agents usually aren’t interested in them either.

The best advice we can give to authors of previously published works is to sit down and write that next book. And when it’s ready, send it our way.

Update 08/11/2020: After the first version of this post was released, I got some emails from authors pointing to other publishers who were accepting previously published works (one was for a Big 5 imprint from 2012, so that doesn’t count). That’s okay. What other publishers accept is completely up to them. What CamCat accepts is completely up to us. 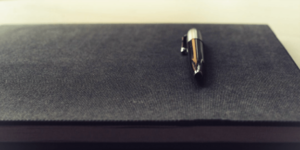 7 Things to do to Your Manuscript Before Submission